How Fast Has Economics Turned Into Socialnomics?

If you have not seen this video yet you are in for a treat. The creator of the video, Erik Qualman is also the author of the book Socialnomics: How social media transforms our lives and the 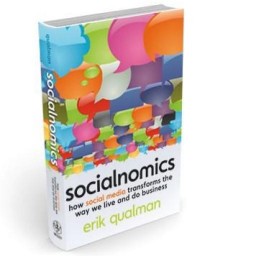 way we do business.  Now be prepared the video goes at a fast clip and you may need to pause it or watch it more than one time like I did.  Even if  you have to watch it over and over again it is worth it because of the astounding statistics it give on the comparison of social media over traditional media.

The video stars by asking you a simple question. Is Social Media a Fad? It then goes on to inform you of some amazing figures about social media. My personal favorite: If Facebook were a country it would be the worlds 4th largest behind the United States and ahead of countries like Indonesia, Brazil and Pakistan.  Facebook’s growth rate in 9 month, more than doubles what the television did in 13 years and  the Internet did in 3 years.

So what does all this mean for Solopreneurs like you and me? Well, for one it means that we can reach more people with a viral Youtube video and a free Twitter account than all of the viewership of last years baseball World Series. By the way I watch more baseball games via the MLB TV channel on the Internet than I have watched my whole adult life as a baseball fan.

I watched today’s Yankees/Rays game and was able to connect with Yankee fans via Twitter who were watching the game and Tweeting at the same time from all over the world.

Baseball may seem boring and not as exciting as some of the other sports like Football and Basketball but they are sure using some of the social media tools in order to bring even more eyeballs to their product. I even met a new friend on Facebook who shares the same passion as I do for my beloved Yankees yet he lives farther from the Bronx than I do.  Nate is a family man with a wife and kids just like myself.  We share the adoration of our Yankees but we also share another passion in using social media and the Internet to promote ourselves and our businesses.

Nate has an online store that sells shoes and accessories for people who have a love for clogging. What is clogging you may ask? Well according to Wikipedia Clogging is a type of folk dance with roots in traditional European dancing from the British Isles, early African-American dance, and traditional Cherokee dance in which the dancer’s footwear is used musically by striking the heel, the toe, or both in unison against a floor or each other to create audible percussive rhythms. Why do I tell you all of this? Its because while Nate and I have only met and known each other through Facebook and Twitter I was fascinated by his use of social media to promote his Clogon.com store.

Nate is a true case study of how one uses and embraces Socialnomics. All Nate did was make a comment on one of my famous Facebook updates saying that the Yankees won again and now I am writing this blog post about him and his business. I currently have over 2800 friends on Facebook but it only took one comment from Nate to get me to his profile that lead me to  his website that then lead me to his blog and to my amazement lead me to the reading and viewing  of more information about clogging.

I don’t know if I will ever meet Nate in person and I am almost sure I will never put on a clogging shoe but our shared love for the Yanks and social media will keep us connected. So if you are still stuck in the rut of traditional economics I suggest you follow Erik Qualman @equalman and Nate @mollermarketing on Twitter and get with this Socialnomics program.