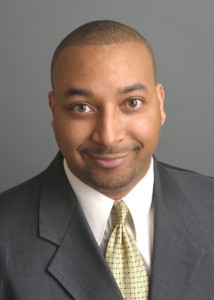 Join us for this exciting workshop as DeKalb Chamber member, Jeff Brathwaite of 2 The Next Level, teaches companies how to use blogs to extend your companies marketing efforts. Blogging is not as hard as you think.

Seating is limited to 45 participants.

The Business Builder Series is sponsored by DeKalb Chamber members –

My Thanks to DeKalb Chamber Marketing & Communications Manager Janniece Leonard and all who attended this event.

Here are some of the testimonials.

Day 2 of WordCamp Atlanta was filled with highly educational sessions as well as long awaited and exciting announcements.  The first of these announcements came from the morning

keynote Jane Wells. Jane is the User Experience Lead for Automatic the company that created WordPress.

The topic of Jane’s presentation was “WordPress Resolutions: What to Expect in 2010.” Her talk came with a pretty big announcement. WordPress version 3.0 release will finally include the “Merge” of  WordPress and WordPress MU. If you are not familiar with the WordPress MU version think about running hundreds of thousands of blogs with a single install of WordPress. WordPress MU, or multi-user can do that. Jane had many other great things to offer in her presentation but to me the “Merge” announcement was worth the price of admission. If  you would like to see her full presentation on Slideshare please click here.

I then went to my first session of the day. I wanted to stretch my mind and go to a more advanced session so I chose Ryan Imel’s presentation on “Building WordPress Sites Quickly With Parent/Child Themes”. I have been following Ryan through his blog that has almost nothing to do with WordPress. This kid is super smart when it comes to programming for WordPress so I wanted to finally meet him and hear what he had to say about theme building.

The concept of Parent/Child organization is not new but I was intrigued at it being applied to WordPress themes. Ryan showed a series of examples on how you should build your original theme off a framework of a parent to child. If done this way you can cut down on having to rewrite code over and over again for yet another project. One programmer in the audience mentioned that this way of building themes has cut his coding work literally in half.

My next session was with Tammy Hart of Tammy Hart Designs. Tammy is an amazing site designer. Some of her work is so good it’s hard to believe that it was done with WordPress at its foundation. Tammy’s topic was “WordPress And Working With Clients”. She gave a break down on some of the do’s and don’ts that one should follow in order to keep your client and you on the same page.

Tammy stressed to ask your client plenty of questions. Don’t assume anything in your client relationship and always, always get everything in writing. She also mentioned that she has had to fire an occasional client or two for not following her rules of conduct when it comes to doing business with her.  Tammy was gracious enough to share a few resources that we as fellow WordPress attendees should take advantage of to enhance our own business. She suggested using both Jumpchart.com to help with client content creation and the plug-in Suma to assist in bringing paid content to WordPress blogs.

I want to personally thank the WordCamp Atlanta sponsor Mail Chimp for allowing us to have a wonderful meal for lunch. The line was long but the food was worth it.

Session 3 ” Readablity? That is the Question.”

I continued in the Design Track with session 3 and decided to see the presentation from Mitch Canter. Mitch is currently the “Chief Creative Mercenary” of his own company, studionashvegas. Mitch’s presentation focuses on three things when designing a blog or a website. 1. Readablity 2. Usability and 3. Findability.  The point that really hit home to me was his first, Readability. Readability asks the question, if someone came to your blog would they take the time to read the content? Do you have more distractions to reading your content in Widgets and Banner ads? Mitch also stressed that if you are a blogger it would be a wise thing to know some basic html code. Not that you are going to become a programmer but that if you had to look at your site’s code you could identify where some of your content is placed on the page. Mitch then shared some great educational sites for both learning more about WordPress code and for getting inspiration for future WordPress designs.

Session 4 “How Stuff Works with WordPress”

The last session I will speak about is one in which I learned more about the founder and creator of the website HowSuffWorks.com than about WordPress. This session was presented by Jason Hoch VP, Product Development for Discovery Communications. Jason talked about how HowStuffWorks.com was started in 1998 by former North Carolina State University professor Marshall Brain started the site as a hobby. That hobby turned into full blown company that was then bought out in March of 2002 by Convex Group.

HowStuffWorks.com attracted at least 58 million visitors annually by 2008. So why would they use WordPress? WordPress allowed them to create a way to have a two way interaction with all the fans of HowStuffWorks.com. It also gives Marshall Brain a way to personally answer questions which he could not do via just the website.  WordPress also made it easier to create and display podcast. Jason also mentioned that they were one of the first to introduce the Facebook Connect WordPress plug-in.

The evening was wrapped up with a few givaways that included about 10 signed copies of Gary Vaynerchuk’s new book “Crush It”, ..which I didn’t win..;-( and  a Q and A session headed by WordPress lead developer Mark Jaquith.

I have to say I thoroughly enjoyed the first WordCamp Atlanta here in my own backyard. The event was such a success they have already announce that WordCamp will be back in Atlanta February 11-12 2011. I was so impressed with all of the knowledge shared and the talented people I met.  If given the chance I would definitely look to one day go to one of  the WordCamps abroad. I would be more than happy to volunteer to organize the first WordCamp Barbados..;-)Who is with me!!!

All the best and see you next year.

I started out 2010 with something I have been wanting to do for some years now. I attended my first WordCamp. What made this WordCamp so much better is that it was in my own town of Atlanta, GA. I wanted to get there early and get a chance to soak in all that this 1 1/2 day conference had to offer. What made this such a challenge is that on this day our host city was on the verge of a snow storm with temperatures in the 20’s. There was even talk of the event being canceled or at least rescheduled. I took a chance and pressed on anyway and got to my destination without any mishaps. To my enjoyment and surprise there were many WordPress followers who braved the cold and ice as well.

The first Wordcamp Atlanta was held at the  Savannah College of Art and Design or SCAD for short. The evening was kicked off with a brief welcome to Atlanta from the two organizers of the event Brandon Sheats and Tessa Horehled. We then broke up into the three session provided for us that evening. I attended a session presented by Amani Channel of Visual Eye Media. Amani talked about “The Secrets of Mobile Vlogging”. You may know Amani by his blog My Urban Report. Amani shared some great stuff on using video for your blog. The one thing I learned was that lighting and sound were just as important as shooting the video. Amani also recommend the Kodak Zi8 Pocket Video Camera over the Flip MinoHD because of its external microphone jack. Take a look at the video and the blog post he did for WordCamp Atlanta.

My next session was with Topher Kohan of CNN.com. Topher’s session was on SEO and WordPress. Topher really broke down some of the great SEO solutions you can get with WordPress plugins. I learned how you can optimize your WordPress template by just simply adding breadcrumbs to boost your search engine love. Topher suggested many WordPress plugins for SEO but listed All in one SEO pack, WP Super Cache and Breadcrumbs as his top 3. I had already been using the All in one SEO pack but added both WP Super Cache and Breadcrumbs right after his session.

I then ended my evening with Chad Parizman’s session. Chad is currently the Director of Community Management for Scripps Networks’ shelter sites. These sites include my wife’s favorite cable channel  HGTV. Chad’s topic was “5 Situations Where WordPres Can Save the Day.  He gave some great real life scenarios on how using WordPress could literally save yourself a whole lot of headache. His best example by far was his “Oh Sh-t Moment, where he told us the story when his team has to construct multiple WordPress sites in order to be ready for a 12 am deadline where they didn’t know if one of their cable show channels contracts would be renewed. This meant that many of their viewers who were Cablevision customers lost two of their favorite channels, HGTV and Food Network. WordPress saved the day by allowing them to construct both www.ilovehgtv.com and www.ilovefoodnetwork.com in a matter of hours before both channels went black on their Cablevision provider.

Day two was even better so I hope you come back tomorrow to find out how excited I was with the news of WordPress 3.0 future release for 2010.
Click here for Day 2