Does everyone remember this commercial from Motorola that aired almost a year ago?

The Motoroal CLIQ was dubbed the fist smart phone with Social Skills.  I was so excited in getting this phone I wrote an extensive blog post about it. ( Santa Brought Me A Smart Phone) Little did I know that purchasing this phone would come with some not so good strings attached.

The main string being that the phone would not be able to have a software upgrade until the first quarter of 2010.
Well that quarter has come and gone an still no upgrade. Here is the official Motorola Android Software Upgrade News

Why is this upgrade important you may ask? Well just like software upgrades for your computer, upgrades for your phone will allow you to have all the new features that come with that upgrade. My Motorola CLIQ is currently on Android version 1.5. The newest version of Android is version 2.2. Google has long released this version and many other Android phones have taken advantage of its use.

So hear is my video Rant.

Please forgive the video quality. I made that via Facebooks video with my web cam.

What makes this situation even more frustrating is the fact that I may have to take this matter into my own hands and look to upgrade my phone manually.  I have since contacted some pretty savvy Android developers via Twitter, who have already upgraded their Motorola CLIQ’s themselves. These guys have even created some Youtube videos that give you step by step directions on how to do it yourself.

Do I want to manually upgrade my own phone and risk doing something wrong and hence damaging the phone for good? Of course not. So I have given myself till the end of the month to either have one of these Android developers upgrade the phone for me or go and get another phone that will already have the Android 2.2 software installed like the HTC G2.

So, my Solo’s, the lesson in this is to choose your smart phone wisely. Make sure you find out what the software upgrade capabilities are before you make the purchase. I will look to do a follow up post on this matter as I go through the dilemma of getting this upgrade to my cell phone. 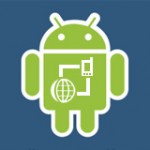 Do you have a 3G/4G USB aircard? I have been debating for a minute on how I can justify getting a wireless aircard to allow me to have Internet service in places where I cannot get free Wifi. My cell phone carrier has a web connect plan that I was considering very seriously. This T-mobile plan costs about $49.00 per month and that’s after having to purchase the USB aircard stick for my laptop.

I heard this term about 3 or so years ago from a friend of mine who used to get Free Internet access through his cell phone that allowed him to surf the net on his laptop.  Back then you had to be very careful in trying to create a tethering hack for your cellphone. First off, you could void the contract of your carrier by doing it and second, you could run up a huge phone bill by adding onto the minutes of your data plan.

In doing some research I found out that there were many cell phone carriers that allowed tethering using the Android operating system but my carrier, T-mobile, was not one of them.  I finally found a software company that had just released an Android app that was said to work with my carrier.

June Fabrics Technology, Inc. had already created PdaNet–tethering software applications for Windows Mobile phones, Palm OS phones and iPhones. I was elated that they also had one for Android. But would it work with T-mobile? After a small download of the software on my laptop and then my cell phone, I was up and running.

My first chance to use this PdaNet tethering software came during a lunch meeting with a potential client.  The meeting location did not have Wifi and part of my presentation needed Internet access to show off some of the WordPress blogsites I had created.  I was at risk of not being able to close the deal due to the lack of a connection to the net.

Not only did I have access to the Internet for the close of my presentation but I was amazed at how fast the 3G speed was in the downloading of all the graphics from some of the blogsites I had displayed on my laptop. My client was pleased with what he saw and said that he was impressed with how I used my cellphone to help ink the deal.

Tale of the tethering tape

PdaNet has two versions of its software application for Android phones. There is a Free version and a Paid version. The only difference with the Paid version is that you get to see secure websites. So if you have to pay a bill via a banking website or purchase something from an ecommerce website, you might have some problems if you go the Free route.  I have not had a need to upgrade to the paid version at this time, but I do believe that the $23.95 one-time price would be well worth it. It has already saved me money in not having to get an extra monthly web connect plan from my cell phone carrier.

Have you ever tethered your cell phone to get Internet access for your laptop? As Solopreneurs we need to be able to save every penny we take in, so tethering could really make a difference in one’s bottom line.  Let me know your thoughts on it.

First of all, I want to congratulate the Who DAT Nation for winning their first Super Bowl. With that said I have to give my review of some of the Super Bowl Ads.  Ok if you didn’t know it I am a

man and I have to say some of the ads were quite sexist to say the least. I won’t harp on how tired the Godaddy ads have been getting but from what the business model say they have been effective.  The the two ads I am going to focus on are both sexy and sweet. These two ads made the most impression on me because they were done with both the audience in mind as well as the audience at large.

The Audience in the Mind of a Male

The first ad was the Motorola MOTO Blur Ad featuring Megan Fox.  Ok now for the disclaimer.. I own a Motorola MOTO Blur phone but I am not being paid for this review…  This ad used the popularity of Megan Fox’s sexuality to bring a point home on what would happen if she were to send out a picture of herself taking a simple bubble bath.  If you have not seen the ad please take a look below and then read on.

This ad uses humor and the power of a man’s imagination run wild. I watched this ad with my wife and we both laughed and agreed that it was very effective. Now here comes the tech part. At the same time of this ad’s airing, I got a text from, who esle Motorola on why I should go to their website to watch the rest of the commercial. I then went to http://www.motorola.com/super-bowl and saw the rest of the ad and I laughed even harder.  This ad was built for the audience in mind which for the most part was primarily male. If Motorola was smart they would be quick to hire Megan Fox to be the MOTO Blur spokes person and do a series of ads that play off this same idea.

The Audience at Large brings Love

Google did an excellent job of not only promoting their search engine but it told a story of how to use Google search to find love. Please view the video below if you have not seen the commercial and then read on.

This ad helped us learn how to use Google search while in Paris. In this case the user wanted to impress a girl who thought the user was cute.  This ad clearly connected to both male and especially female viewers or the audience at large.  I thought this ad was very effective in not only telling but showing  us why we should use Google as our main search tool.  Google has a series of videos called Google Search Stories. Parisian Love was shown on Youtube over 2 months ago and  just repacked by Google just in time for the Super Bowl.  It is now the most viewed of the series at just over 2 million views.

And the Winner Is….

Even though I am a big Motorola fan, I am going to have to go with Google on this one.  Goolge’s ad was more appealing to a much larger audience.  It not only told the story,  it showed you how to use their service and even better why you should use their service.  It was one of the most low budget yet highly effective ways to produce a Super Bowl ad.  All Google needed was a screen capture software, some music and a few sound effects. Motorola on the other hand had to pay for the services of all the actors plus pay Megan Fox. Google can clearly reuse this ad over and over again like it did for the Super Bowl and it will still have just about the same effectiveness.

Although I picked Google over Motorola, I am a MAN and have to say that I look forward to the next series of MOTO Blur ads featuring Megan Fox.. There I said it.. I will now sit my sexist self down…;-)

No offense to the Colts and the Saints but I clearly had more fun watching the Super Bowl Ads this year.

What was your favorite ad?