2 The Next Level Client Wins Savviest In Social Media Award

John Lawson from ColderICE.com has been recognized by StartupNation (http://www.startupnation.com) as one of the top businesses in its 2009 Home Based 100 competition under the category 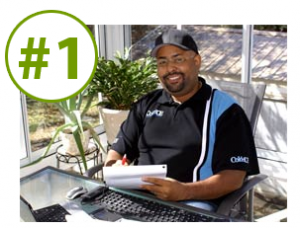 of Savviest in Social Media.

Many of the StartupNation Home-Based 100 submissions revealed that business owners are bucking the current economic downturn and finding business success in these tight times. Historically some of today’s most well known businesses started in a downturn, including Microsoft and General Electric.

“The 2009 ranking shows that the home-based business is more relevant than ever. The current recession has spurred a new wave of home based businesses as a response to loss of jobs, the need for supplemental income and the sheer passion for blazing your own trail and running your own show,” said Rich Sloan, co-founder of StartupNation.com, one of the leading small business networking and advice websites. “Home based businesses are the biggest block of all businesses in existence and we expect numbers to grow ever greater as extra bedrooms, kitchen tables, basements and garages become host to the innovative thinking and pursuit of success by millions of Americans.”

“This is by far one of the coolest recognitions ever for me” said John Lawson, editor of ColderICE.com, a education portal for internet business owners. “This is the first year that this category has been acknowledged and to be the first winner is truly trail blazing. Social media is officially on the map and now I get to be the first pin.”

The StartupNation Home-Based 100 highlights 10 top-ten lists making it not just your ordinary business ranking. From the wackiest, to the most innovative, to the savviest in social media – this unique and diverse list highlights the home-based businesses that usually go unrecognized, but still play a vital role in the economy today. MSN publishes the ranking as well in an editorial collaboration with StartupNation. The ten categories for 2009 include:

· Boomers Back in Business

John Lawson was selected from among thousands of contestants by a StartupNation judging panel, which issues the ranking results annually in the November.

The full results of the Home-Based 100 ranking are available on StartupNation’s website at http://www.startupnation.com/homebased100/. The 2009 ranking was sponsored by Microsoft Office Live, Infusionsoft and FedEx Office. I had a great time with the members of the Dekalb Chamber of Commerce last week. We had a packed house and a very eager audience who really wanted to know more about social media. I only had 90 minutes to give them a better understanding on how to use Twitter, Facebook and Linkedin in their businesses. The pressure was on but I was up to the challenge. Here are some of the comments I received after the event.

Great presentation on Social Media Marketing. I thoroughly enjoyed the information you presented and am currently focusing my attention on this area of marketing to provide as a service to my clients. Your presentation helped in making everything more clear for me.

Thanks for everything,
Sharla Bell
Triniti Business Concepts
A Virtual Assistance Company

It was great to meet you at the Dekalb Chamber of Commerce today.
I am already taking some of what you talked about to heart and will apply them to my blog TheSocialSet.blogspot.com.  I’d also love to talk to you about wordpress.
Sincerely,
David
David S. Cohen
Social Media Copywriter

Attended your seminar today — it was FABULOUS!!! Let’s connect

I want to say a special thank you to all of the staff at the Dekalb Chamber of Commerce for allowing me to speak before their members and the staff of the Dekalb Convention and Visitors Bureau for the use of their great facility. Please go to both their websites to learn more on how both their agencies can help your business.

Lewis and I would like to thank all of those who were able to make the teleseminar on Social Media and Linkedin. If you were not on the call and want to hear the replay please click here for the Get Linkedin, Ask Lewis Howes replay. This blog will also give you the opportunity to ask your Linkedin Questions that we were unable to cover on the teleseminar. Lewis and I will be monitoring the comments so please feel free to tell us what you thought of the call and give us some feedback on how we can do better with future events on social media and especially Linkedin.

Here are the 5 tips Lewis gave our on the call that can help you take your Linkedin profile 2 the next level.

1. Put a professional picture on your profile.

3. Give and Get recommendations

4. Use a custom URL
(http://www.linkedin.com/in/jeffreyalexanderbrathwaite)