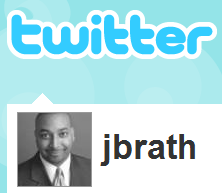 I have only been using the micro blogging tool Twitter for just under a month and I have to say I am hooked. My first Tweet or Twit was on a myspace page that someone emailed me of a lady who makes dresses out of Barack Obama T-shirts, and my latest Tweet was about my testing out a new broadcast email service called Mad Mimi. I can send Twitter updates directly from the Twitter website or from my cell phone using SMS. I can even send them via voice activation using a service called Jott that will take my spoken word and translate it into text on the Twitter network.

Some of you Solopreneurs and Small Business Owners are probably asking yourself why in the world would I need to get a Twitter account and start Tweeting. I said the same thing over a month ago but a funny thing happened when I sent out my first Tweet. I got an answer back in a Follower. A follower is someone who sees what you just put out on the Twitter network, then looks at your profile and then at a push of a button follows all your twitter update from now until they want to no more.

I know it may sound like a religious experience or maybe even cyber stalking and NO it is not. It is more like a voluntary way of telling you that I like what you wrote about and thereafter checking your profile out, I don’t mind getting more information from you.

If you goto a website called Twitterholic.com you can find out who the top 100 people being followed on the

Twitter network. Barack Obama is number three on this list. Not only do I follow him but in return he follows me. How thrilling was it to see that the current Democratic Presidential Candidate is following little ole me.

So how can you use this to your advantage as a Solopreneur or Small Business Owner? Very simple. Think of it as Micro Marketing 140 characters at a time. 140 characters is all that you are allowed to post at a time on Twitter so your messages need to be short and to the point. Use it as a way to make timely announcements of your new services or product launches. Invite your many followers to your next event or just share a great website that would help someone in their time of need.

What you should not do is abuse the Twitter network of followers by sending them Twitter spam. Twitter spam is just like email spam unwanted information that serves no purpose. If you do this you will lose followers in a heartbeat. The best thing to do is just be yourself and share topics of discussion your audience of followers would appreciate. 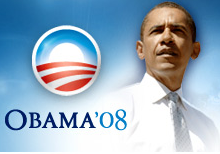 business development expert David Bullock. The Webinar is on Barack Obama’s social media lesson to small businesses.
Brent and David attended the University of Delaware, and recently ran technology workshops during Black Enterprise’s annual entrepreneur’s conference this past May.
Brent recently wrote about Barack Obama in his weekly article on Blackenterprise.com. Brent talked about how Mr. Obama used social media to help him win the democratic nomination. Based on reader feedback, and conversations Brent and David had on the subject, they both felt a case study detailing Barack Obama’s use of social media could serve as a great lesson to small business people trying to figure out how they can use the web to build meaningful business relationships.
Brent will be covering this story from the Social Media Side and David will be covering this story from the Online Business Development perspective. This will be an awesome opportunity for small business and solopreneurs alike to get some first hand knowledge about social marketing from these two experts.
Brent Leary (Inc Magazine and Black Enterprise Writer / Radio Host)
David Bullock (Business Owner / Online Business Development Specialist)
Topic: Barack Obama’s Social Media Lesson to Small Business

What if you could combine the simplicity of Yahoo Groups the professionalism of Linkedin, the look and feel of a Ning, the social skills of Facebook and the added security of a corporate intranet. We as Solopreneurs and Small Business owners have many different group memberships and affiliations.
I myself have a Yahoo Group for keeping track of my old college mates, I am on Linkedin for many of the professional and job related contacts I make on a regular basis. I administer a Ning with a colleage of mine to help us grow a community of ebay users. I keep track of most of my social networking on Facebook and also use Google Apps for a secure intranet. This is why I am so impressed with CollectiveX and its Groupsites. CollectiveX is the creation of one “Serial Entrepreneur” named Clarence Wooten. END_OF_DOCUMENT_TOKEN_TO_BE_REPLACED